Introducing The Waterfront on Daniel Island

Introducing The Waterfront on Daniel Island. Each week it feels as if something new is happening on Daniel Island! From new stores and restaurants, to newly opened recreational facilities, we truly are a blossoming island town. There’s a new development now taking shape along the banks of the Wando River. An upscale mixed-use development, called The Waterfront, will be a constructed on the 22-acre site at the end of River Landing Drive along the Wando River. Plans were unveiled last year by Colorado-based East West Partners who originally referred to the development as River Landing Village.

Designed to highlight the beautiful waterfront location, the first phase of The Waterfront will include high-end condominiums and townhomes. Plans call for 58-units with a mix of 1 – 3 bedroom units, as well as retail space, amenities, and parks. It’s simply not a Daniel Island neighborhood if we don’t have at least one park to enjoy! Just another reason why we adore living in our community. 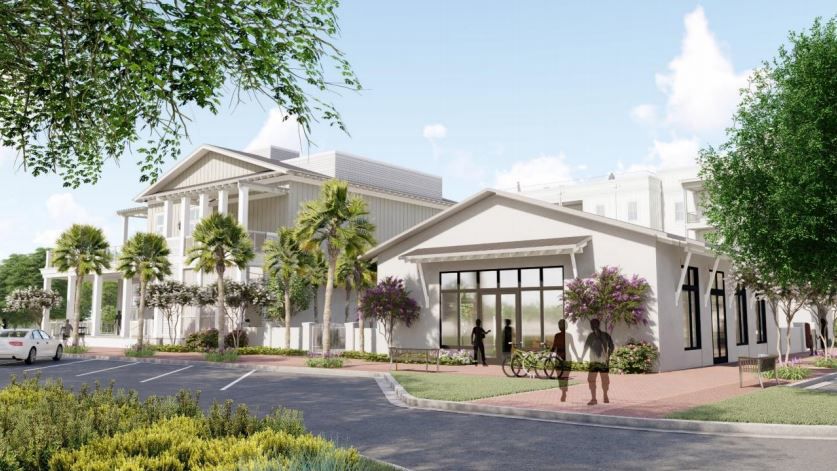 East West Partners expects to break ground over the next few weeks on the first 6-acres of the phase. This initial construction will include the utilities and roads needed for The Waterfront. Once The Waterfront is complete, it will include two public-access piers, about 300 condominium and townhouse units and restaurant and retail offerings. We know that we’re not the only ones excited about the long anticipated public access docks that will be built!

One of the new exciting features of The Waterfront is the addition of a waterfront restaurant with rooftop bar! This will be the first of its kind on Daniel Island and one at which we can certainly see ourselves spending countless happy hours with family and friends. Aside from the restaurant, we can also expect a market, dock and direct access to the new waterfront park. There will also be amenities for the exclusive use of Waterfront owners such as a fitness facility, pool, and a direct connection to our splendid 25+ miles of walking and biking trails. 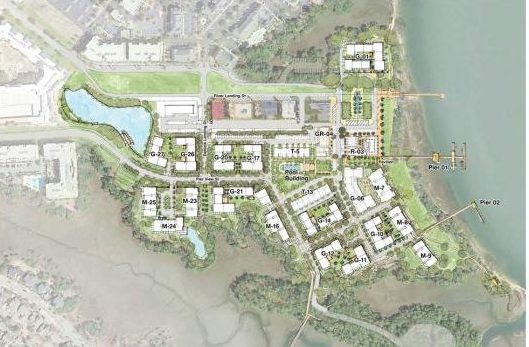 There is an additional component to The Waterfront that is making its way through the City of Charleston’s BAR (Board of Architectural Review). It consists of a two-story, mixed-use building of about 6,500 square feet that will include a restaurant, retail space, and canoe storage area near River Landing Drive and Longshore Street, not too far from the Wando River.

One thing we know for sure is that we’re truly excited about this development on Daniel Island! Both of the waterfront improvements are certainly going to enhance our already tremendous living experience. How could it possibly get any better than this?